follow successful people because they tried and tweaked and tested so you can just copy” It sounds so simple, and yet it is something a lot of people overlook and I’m not quite sure why. Because a lot of people think there’s a special knack or a trip to successful Internet marketing they try and duplicate it and in doing so overcomplicate it because they don’t understand the simplicity of it. All they have to do is copy Someone who is already doing well someone who is already doing well. It’s not complicated so why make it so. The successful person has gone through the heartache of split testing, tweaking and refining so just replicate. 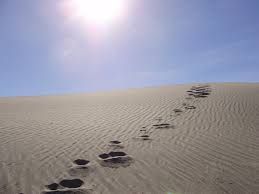 I don’t know why some people have this lack of confidence that makes them try to look super clever, when really the trick is to make it super simple. I have followed Sarah Staar for many years since we met at an Internet marketing meet up in London. Actually that meter was a disaster only about five people turned up but Sarah had just started affiliate marketing when she was a lady with a mission. I was lucky enough or smart enough to realise that she was a lady going places! Nothing was going to stop Sarah from making a success and today she is probably the most successful female Internet marketer in the UK. Over the years we have become firm friends and I have been to all her workshops. She has a relaxed no-nonsense get it done teaching style. Many years ago I used to say to her I’m a big picture sort of girl and I need to know how this works. She used to be so exasperated me and say just do it it works you don’t need to know how or why it works.

I kicked against this very simple advice for a very long time and for a very long time she rose the top I didn’t and didn’t seem to be able to be successful. Eventually after banging my head against a brick wall for a long time I realised that the reason I wasn’t successful was because I was trying to change things, add things, make things better et cetera et cetera et cetera. The long and the short of it was I was simply muddying the water nothing more nothing less.

For a diver it Took me A Long Time To Learn!

When you are learning to dive, you have to learn to fin pivot, which is staying above the coral by about a foot. The reason you do it is so that when you are swimming over coral you don’t kick it and break it because coral reef is fragile and takes a long time to grow.Because the coral is so fragile they tend to teach of this exercise one foot from the bottom of the ocean. Of course when you’re diving you have these big flippers on and should you kick the bottom of the ocean you soon know about it. The water gets so murky around you can’t see and in a very short time you don’t know which way is up. That was a little bit like my first years of Internet marketing I didn’t know which end was up.

Excuse my language here, but eventually I learnt to stop kicking the shit out of the bottom. I realised that by doing this in Internet marketing I was wasting my time trying to sell hundreds of products with a $10 profit for each one.Eventually the penny dawned that I could actually promote high-end products that would give me roundabout a hundred dollars minimum profit.

Again it was Sarah you taught me how to do this, she quite literally pick me up, shook the dust of the bottom of the ocean to my swimsuit and knock some sense into me.I followed her training programme to the letter. I refuse to be diverted or think I could do it better. She had already proved to me that at the time she was way making well over $10,000 a week. Today she makes much much more than that but at the time that was about accurate.

Once I started putting her strategies into place all of my Internet marketing fell into place. Suddenly I realised that I could play with the big boys it wasn’t an exclusive club that I was excluded from. All I had to do was copy what Sarah did, in  Internet marketing – don’t reinvent the wheel!